The state of being known for one's graffiti throughout a city. Originally, this term meant to be known throughout the five boroughs of New York City through the medium of subway cars.

An element of the Hip Hop culture misinterpreted and misrepresented by the mainstream media, and most especially hated by affluent (usually white) businessmen who don't understand the roots or meaning of the writing on the walls. 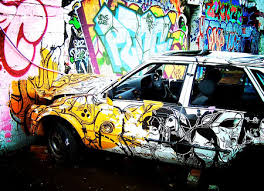